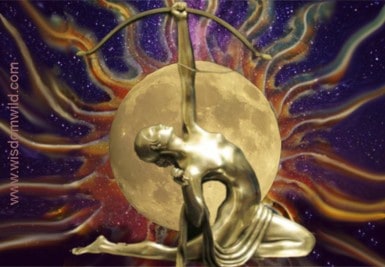 This second full moon in Sagittarius in a month, and on the same day as the Summer Solstice, is a rare occurrence and powerful portal. The last time a Full Moon fell on the Solstice was 1967. The midst of the love revolution. This time around, with the powerful energies of Sagittarius, we are encouraged to shoot the moon. Do something we would do only once in a blue moon. Something special, beautiful, and bold. Something magical. Sagittarius asks: What is your deepest truth? What matters the most to you?

Two nights ago I dreamed an old woman was showing case after case of beautiful stones, each held in a precious metal oval, and spread out on page after page of black velvet. There were three of us viewing the stones, perhaps as buyers. Myself, and a brown skinned couple. The stones are so beautiful, their inner light so radiant, it makes me cry. The old woman says it has been a long time since anyone bought one, but things are picking up. I ask the couple where they are from. He answers “South America”. The wife tells me they are there on a second honeymoon, to renew their vows, and begin again.

The beauty of the stones, each unique in color and texture, all have their own brilliance. This speaks to our uniqueness as individuals, each formed around an inner light. I remark to the woman jewelry seller in the dream that Michelangelo spoke of his work, his craft, as cutting away from the stone all that is unnecessary, to free its essence. This is a message of these times for each of us. This year 2016 is one of purification. The full moon in Sagittarius urging us to shine our brightest light. The dream couple from South America who are beginning a new marriage are a wonderful symbol of the sacred marriage of heaven and earth, the perfect balance on the Solstice of feminine and masculine, yin and yang, and their partnership in bringing the Way of the South back to the world. This refers to a Mayan prophecy that told of human societies splitting into two paths: That of the Eagle, the Way of the North – mind, industrial civilization, the masculine and the path of the Condor, the Way of the South – the path of heart, of intuition, and the feminine. Beginning in 1990 the prediction was a five hundred year cycle where the potential to come together, to fly the same sky, and to create a new level of consciousness for humanity would emerge. It is only a potential that all of us can contribute to manifesting.

As Thomas Berry reminded us: “We must feel that we are supported by that same process that brought the Earth into being, that power that spun the galaxies into space, that lit the sun and brought the moon into its orbit.”

There are other revolutionary energies arising which challenge us to stand with courage in our integrity for the New Story. A dwarf planet called Eris first appeared in 2005 to shake things up. Named after a Greek goddess, she is a force of discord and fierce rage. In myth she was the uninvited guest to a wedding. She threw down an apple designated for “the fairest of them all” in front of Hera, Aphrodite and Athena which sent them into a dangerous rivalry. The exclusion of this Goddess stands for the snubbing, shunning, marginalization, rejection and demonization of women and Feminine for thousands of years. From the diminished and exiled feminine she returns untamed, fierce and powerful to claim her sovereignty. This is the wild and sacred Feminine. Owned by no one. Prepared to do what it takes to expose the enduring lies that diminish and debilitate humanity. She is a warrior goddess for Mother Nature. She is, along with Uranus – ruler of Aquarius- a Great Awakener. And her powers are coming into balance with the sacred masculine.

“Love is what we are born with. Fear is what we learn. The spiritual journey is the unlearning of fear and prejudices and the acceptance of love back in our hearts. Love is the essential reality and our purpose on earth. To be consciously aware of it, to experience love in ourselves and others is the meaning of life.”                                       Marianne Williamson

We are marking the end of an era and old paradigm and the beginning of a new one. This is the image of the South American dream couple who are beginning their marriage again, in a new way. A balance of feminine and masculine energies, the paths of the Condor and the Eagle. There is good fortune and enormous energy available now to all you lovers, healers, dreamers and revolutionaries. The full moon in fiery Sagittarius encourages us to be flexible, adaptable, and adventurous in making our own true paths.

The power of the archers arrow carries visions beyond the horizon with the energy to transform and expand what is calling for creation. In the next weeks, we will also find support for earthing, grounding and nurturing these visions. As Starhawk said:

We are the power in everyone,

We are the dance of the moon and sun,

We are the hope that will not hide,

We are the turning of the tide. 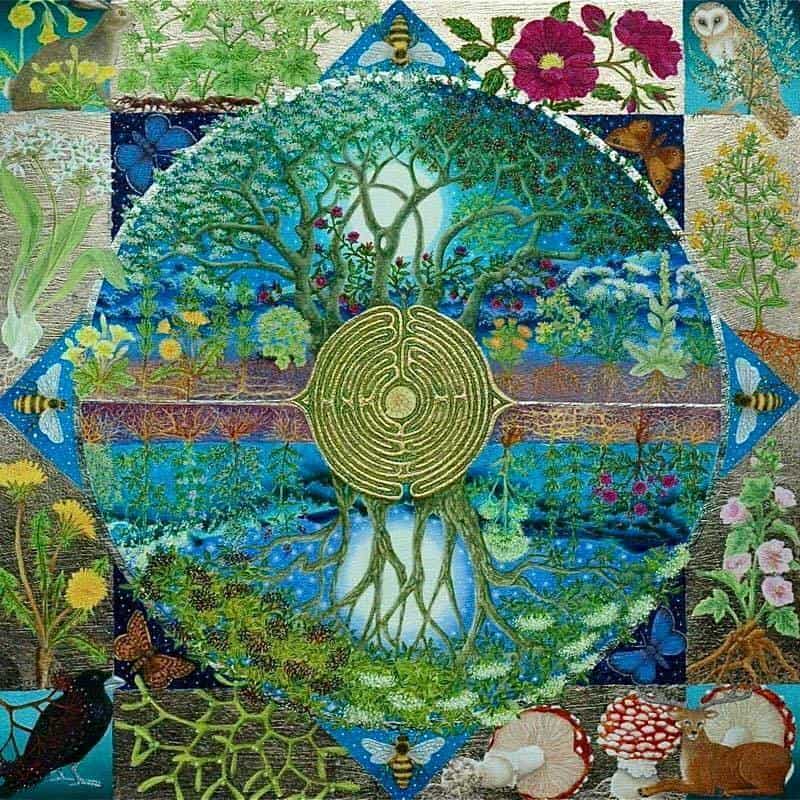